When my son died, I started writing poems using his name as an acronym.

Here are some of these:

Did you have to go away?
All I wanted was for you to stay
Vanished in a moment of time
I weep and wail and pine
Dreading each day.

Posted by leila koepp at 9:56 AM No comments:

Thoughts and Feelings over the Loss


Thoughts and Feelings over the Loss
By Leila Koepp

I wrote this a year and two months after David died.
It is cold and cloudy. I did not have a good night. I woke up several times with David on my mind. I kept thinking that I am determined to keep him alive. In my heart he will thrive and thus death will be conquered that way. Death is awful and disgusting especially when a young person is taken away. I never looked at death so closely before. I took it for granted as the norm. When David died everything normal became abnormal. Chaos entered my life. The whole world changed. I changed and the people I know changed. They became elusive and strange. When I needed support they were not there for me.

I am learning many hard lessons through this tragedy. It is the biggest and most devastating experience of my life. I feel so sick so many times. My guts especially have a continual anxious and butterfly feeling. It is so uncomfortable and so annoying. I do not know when I will return back to being me again. I do not know who I am now. I do not know what I want to be. I do not know if I want to be anything. At school students have been very supportive. They seem to care. They try to make me feel better. The depth of sorrow is with me in the classroom. It is with me wherever I go. A minor incident could set me off and I cry relentlessly. The tears will forever flow.

When I garden, I remember how he used to help me pluck the weeds. My tears are falling now as I write these words. I can’t stand it anymore. I wish that things were different. I for some reason cannot accept what happened. I cannot live my life without David. I am experiencing gut wrenching pain at the moment. I don’t know how to escape this pain. I never realized how many people have suffered like this in the past. They survived. Are they ever as happy as before? I do not know. I cannot know. I will never know. I just have to wish my days away, till we meet again

My emotions ebb and flow. One day I wake up fine and as the day progresses, my sorrow builds up and then I go crazy, yell, scream and cry my heart out. Other days I wake up in tears and cry before I can get anything done. Yesterday I was a mess. I cried all the way to school. Today I saw a small jet going up and up into the sky so far that it could reach the crescent moon that was still visible in the daytime. I longed to be on that jet and imagined myself going up to see David. I never realized how deep the bond is between us. I keep questioning the loss and why God allowed David to leave us so young. Yet at the same time I do not understand why God takes other young people who would have impacted the world in a great positive way as well. “Every man dies” keeps ringing in my ears. I cannot forget that God is faithful even though my anger blinds me at times. A student left me a sweet note after the final “I am deeply sorry for your loss; I can only imagine what you are going through. Just know that he is with God, a better place”. That caused the tears to flow again. Tears for David will never dry.

Death a mystery
By Leila Koepp

“Death has awakened something within me that takes me out of common places into the lure of the” unknown””. I read this quote somewhere, but I do not know who wrote it.

I tried to look up the definition of death and several synonyms were given such as demise, decease, fate, doom and passing. One definition was “a permanent cessation of vital functions”.  A quote from another source was “one of the problems of defining death is in distinguishing it from life”. As a biologist I have not been able to define life either. We can describe the characteristics of living things but not what life is except to say that it is the absence of death. Life and death are therefore inseparable and both are mysterious. Death cannot be explained. In trying to figure it out I have discovered many truths that no one knows about.

There is no solution to death, no quick fix and yet people think that they can fix my pain with explanations and unsolicited remarks. There are no satisfactory answers. There is a challenge to go on living when there are no answers.

I went to the funeral of a 20 year old son recently for the sake of his mother who teaches at my college. My heart went out to her. He was sleeping. As I see death in the face at what seems to be a higher frequency, it seems less intimidating to me. I actually have no fear of death any longer. Yet the mystery of death is like a sharp knife that keeps cutting me up. Before David died I had him. Now I do not have him. It is beyond my imagination that he is gone. Where is he? What a mystery!

Why is it that I anguish daily? My beautiful son is gone forever. Death is humbling. Death is the lowest state of our weakness and vulnerability. In Ecclesiastes 9:4 we read: “…for a living dog is better than a dead lion”. To be buried out of sight is the greatest defeat. At the same time, the awful presence of death makes a mockery of us especially when we hoard and cling to things that are temporal and that we make such a fuss about.

I often think about the men of faith in the Bible who died. Their death does not make any sense to me. Think of John the Baptist who was the forerunner of Christ. He was put in jail due to his faithfulness in preaching the truth. He was then beheaded. Is it possible that God would use a person and then let him be beheaded? He allowed Simon Peter, the great apostle, to be crucified upside down. Paul the Apostle was executed. Why do things happen like that? God lets it happen for His purposes which we cannot understand while on this earth. I do not understand why God permitted David to die, but I can thank him for David’s life though short it was.

Because David died I am not moved or upset by what happens to me as before. It seems that nothing can disturb me like before. Everything in my life and experience that could be shaken had been shaken. I no longer count my life or any of life’s possessions as dear to me as before. I feel that God is in the midst of my soul, though calamities continue to come about. There is a constant calm within and a peace that was not there before. Yet my soul continues to go on sorrowing for my precious son. I MISS him deeply beyond description and I ache for him. I am not sure if this makes any sense.

Death is the door to true life. The dying of Jesus made the way for us through the grave. In John 11:25 we read what Jesus said: “I am the resurrection, and the life; he that believeth in me, though he were dead, yet shall he live”. Dying is when we truly begin to live forever. David’s exit is the end of his physical presence on earth and his entrance into immortality. Heaven is a secret and continues to be a secret. I cannot understand death, but I began to know a little more about it when I lost David. I realized that death is a natural thing. It is like passing through a dark tunnel and arriving where light shines forever and where joy reigns. 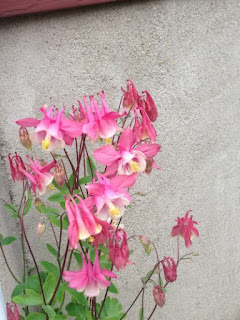